You are here
Home > Op/Ed > Ke$ha: The Singer Finds Her Voice 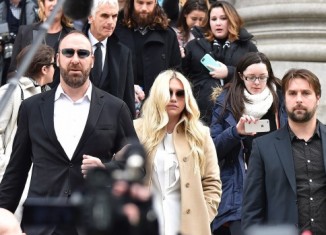 There’s an old saying that goes, “If a tree falls in a forest and no one is around to hear it, does it make a sound?”  Do we only believe what we personally witness? This issue comes up over and over with sexual assault victims – when there was no one there to validate his or her story, issues of trust and character often support or undermine the allegations. However, does not being present to see or hear with our own eyes make it fair to assume that it never happened? In 2014, singer Kesha Rose Sebert, who performs under the stage name “Ke$ha,” alleged that her music producer, Lukasz Gottwald known commonly as Dr. Luke, had sexually assaulted her. Dr. Luke is a highly accomplished producer with Sony Music’s record label, Kemosabe, and via her court petition, she alleged the abuse and asked the court to allow her to break her contract with Sony and therefore end ties with her alleged attacker.

However, on February 19th, 2016, Supreme Court Justice Shirley Kornreich denied the preliminary injunction motion that would have permitted the separation of the music artist from her recording label. Justice Kornreich viewed the contract as one that was “heavily negotiated and typical for

the industry.” Ke$ha is required by contract to still produce six more records for Sony. According to the New York Times, “Kesha’s 2014 suit claimed that a decade ago, the producer – who signed Kesha when she was eighteen – forced her to snort illegal drugs before he forced himself on her, and that she was given ‘sober pills’ after being forced to drink alcoholic beverages. She said she woke up naked in Dr. Luke’s bed the following afternoon, sore, sick, and with no recollection of how she got there.” Dr. Luke denies all allegations.

As stated in Kesha’s lawsuit, one of the reasons she did not speak out until now is that Dr. Luke has the ability to “ruin” Kesha’s reputation in Hollywood given the extensive list of top celebrities he’s worked with. According to The Atlantic online publication, “Of all the sad and salacious details that can be picked out of the lawsuit, the saddest thing of all is how familiar it all sounds, regardless of whether you believe Sebert or Gottwald is telling the truth, and how much that familiarity says about the leviathan hit makers in the entertainment industry.” We’ve also seen similar cases with celebrities such as Judy Garland, Marilyn Monroe, and Corey Feldman. The Atlantic also stated that, “British television star Jimmy Savile came to light after his death, with the resulting findings being that Savile had abused as many as 589 victims in his forty-year broadcasting career, many as young as eight.”

There is no way of clearly knowing whose story is accurate. However, one thing that can be accurately drawn from this is insight into an industry that exploits artists in order for individuals to gain wealth and power. Many people, including Lady Gaga, have spoken out in support of Kesha. “I feel like she’s being very publicly shamed for something that happens in the music industry all the time, to women and men,” Lady Gaga told Carson Daly on 97.1 AMP Radio earlier this year. “I just want to stand by her side because I can’t watch another woman that went through what I’ve been through suffer.” Lady Gaga’s comments also come on the heels of tremendous work she has done recently to give the victims of sexual assaults on college campuses a voice, using a recent documentary entitled “The Hunting Ground” as a tool to educate young people on assault risks on campus. She also used the performance of her powerful single “Till It Happens To You” at the Oscars in February as an opportunity to sing a haunting version of the song and bring on stage a number of both male and female victims of sexual violence. It is therefore no wonder that Kesha‘s story would resonate with Lady Gaga at this time. However, watching Kesha’s support from an army of other female artists in addition to Lady Gaga, including Adele, Lorde, Miley Cyrus, Ariana Grande, and Demi Lovato, it becomes clear that the music industry’s credibility with protecting young vulnerable artists is seriously under question, and their track record of preying on young girls is legendary and ought to be stopped.

We may discover that Kesha’s stand will ultimately become far less about Kesha than about protecting future young and vulnerable artists. If this is ultimately the outcome, then her humiliation will not be in vain. The hashtag “#FreeKe$ha” trended on Twitter as prominent artists and fans show their support. Despite the Court’s intention to ensure that treatment of the music label is objective and that artists are not allowed to irresponsibly walk away from contracts at will, obligating Kesha to continue to work with this producer could ultimately be discovered to have been cruel at best. No matter the ultimate resolution of the issue, financial support Kesha has received to continue to fight this case demonstrates the fact that she has raised a valid concern in the industry, and she may well have already won in the court of public opinion.