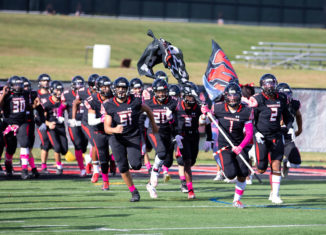 As the school year began, so did the football season! Unfortunately, the HSE varsity football team was off to a mediocre start. They lost their first game against Smithtown West 27-37, won their second game against Northport 30-6, and lost again to West Islip 19-40. They were a quarter of the way through the season, and their stats weren’t looking great. However, that all changed as the T-Birds won their next four games, defeating Huntington 28-21, Deer Park 34-14, Copiague 41-7, and Smithtown East 28-21. 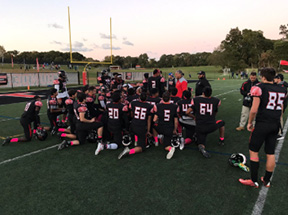 More recently, Leisaan Hibbert rushed for 152 yards and scored a touchdown on 10 carries, which included an astounding 66 yard run with only 2:19 left in the first half giving the Thunderbirds a 20-0 lead. Nyrell Sevilla also rushed for 114 yards with two touchdowns on 14 carries. In that same game, Anthony Scordio had two touchdowns, and Christian Scordio had three sacks. Smithtown East came back 20-21, but Danny Wall’s interception sealed the victory for the T-Birds with only 1:40 left in the fourth quarter. This year’s seniors are also putting in more effort this season as starting quarterback Brett Martin has 727 rushing yards with 8 rushing touchdowns and 342 passing yards with 3 passing touchdowns. Nyrell Sevilla, starting running back, is also having a great season with 439 rushing yards and 7 touchdowns. The team made it to the playoffs but unfortunately lost in the first round to Lindenhurst. They are looking forward to a great season next year.