You are here
Home > Sports > Different Types of Baseballs? 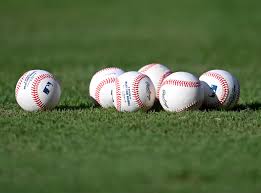 Throughout the 2019 MLB season, there was speculation of different balls being used due to the absurd number of home runs.  This led to the MLB addressing a problem saying that the balls were indeed  “juiced.” The league said they were returning the balls to their original state to try and fix the problem for the 2021 season. This leads us to where we are now, after the 2021 season. The numbers for the most part say that the power numbers dipped a little meaning that the balls probably were changed. Now reports have gone out that the MLB used two different balls, a juiced one and a dead one. The juiced ones were supposedly used for primetime games and the dead balls were used for lower market matchups with fewer viewers. The MLB‘s reasoning for this is that they ran out of the new balls. The thing that seems a little off about this whole thing is how does a multi-billion dollar corporation not calculate the correct number of balls needed for a season. How do you just run out of balls and switch back to the original balls that caused problems? While doing all of this you don’t tell anyone, not the owner nobody. This whole situation was just terrible execution by the MLB making themselves look worse in the public eye than it already did. There is a very small part of me that thinks this isn’t an accident and the MLB was testing two different balls but ultimately had to cover it up with the lie that they ran out of them when the story was leaked to the public. You can see examples of the juiced balls being used throughout the season like in the Field of Dream game between the Yankees and White Sox and the 9/11 games at Citi Field. From my perspective of the fan, the MLB has made itself very vulnerable to any other problems or situations that arise because people should and will be hesitant to believe what is true just like we believed the balls would be fixed.