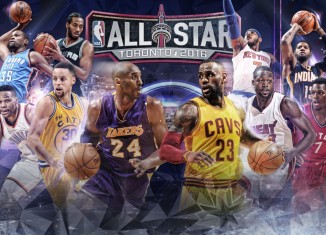 As the regular season starts to close, the anticipation for this year’s NBA playoffs starts to get more intense. The season has been taken over by the rise of the defending champion Golden State Warriors. They have had an historic season and are on pace to pass the 95-96 Chicago Bulls. This also was a season where last year’s league MVP Stephen Curry has solidified his spot as the best player in the world and has taken the throne from King James himself. While this has been the Warrior’s year, there are other teams that want a shot at the top and deserve to be recognized for their hard work.

The Eastern Conference has been dominated by the Cleveland Cavaliers and their Big 3 of Kevin Love, Lebron James, and Kyrie Irving. They have been at the top all year and are definitely considered the team to beat in the conference. The other team that has been up there all year has been the Toronto Raptors. They have been led by one of the best backcourts in the league with Kyle Lowry and Demar Derozan. Both teams have been fantastic all year and look to try and steal the east from Lebron and the Cavs. Other teams to watch out for are the Miami Heat and the Chicago Bulls. Both teams have been a little weaker this season with some key players getting injured, but they are starting to heat up and get healthy at the right time. The team that could surprise people and make some noise this playoff season is the Boston Celtics. The Boston Celtics have been very good, especially at their home arena. They have an emerging star in little man Isiah Thomas and a very balanced team with players that are successful in their roles. They can make noise and try to snatch the spot in the Eastern Conference.

The Western Conference is a very top heavy conference. The top four teams are the ones to look out for with the other teams in the playoffs looking to just stay in. The Warriors are the obvious team to select to win the conference in the West. They have amazing team chemistry, superstar Steph Curry, and home court advantage that makes them impossible to beat in a seven game series. They will have a ton of pressure to repeat as champions. The next team is the San Antonio Spurs who have also had a spectacular season in their own right. When they signed big man Lamarcus Aldridge in the offseason, everyone thought that the

team would definitely be able to beat the Warriors. They still have their Big 3 of Parker, Duncan, and Ginoboli. On top of that, they have one of the best players in the league in Kawhi Leonard. They are also amazing at home and that can be a huge advantage in the playoffs. The other two teams at the top are the LA Clippers and OKC Thunder. Both teams have amazing talent and can try to upset the two teams at the top. Both of these teams lack the right chemistry, but with players like Durant and Westbrook for OKC and Paul and Griffin for the Clippers, these teams can always pull off a miracle.

The playoff season is a great time, and there are so many questions to be answered. Will the Warriors be called the greatest of all time? Will Lebron win another ring and help his legacy? Can their be a surprise team to take the championship back to their city? This sure should be interesting.