You are here
Home > Sports > Some Things Never Change 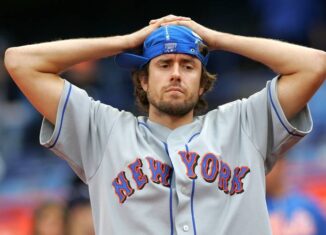 If you are a New York sports fan you most likely know the experience of heart-wrenching losses and collapse. Nothing can be seen as prolonged and torturous as this New York Mets 2022 NL East collapse to the Braves. Except for the fact that the Braves outplayed the Mets, there are so many issues to address.

We are writing the same story about the Mets year after year. Whether it is no success in a season or a season that starts with success and ends with failure it never ends. There are so many factors that went into the Braves’ crown of the NL East. The easiest finger to point was the last series of the season against the Braves. It is embarrassing to think about how unprepared we were both offensively and defensively. It is hard to remember a Mets lineup that swung and missed as much as they did against a group of pitchers. Their dream rotation combined for a 6.92 ERA over the weekend. All they needed to do was win ONE game to have some security going into a series against the Nationals. It makes you pessimistic and anxious about what the playoffs hold.

The lack of motivation from the front office at the deadline is inexcusable. Top 10 relief pitcher, Raseil Iglesias, was able to be traded to the Braves for the most unimpressive prospect I’ve seen. We sent 2 of those same type prospects and stat cast darling, J.D Davis, for Darin Ruf who hit 0.152 in 28 games. This is scary for a team who spent 260 million dollars during the offseason. This is scary for a team who has Jacob Degrom, Edwin Diaz, Brandon Nimmo, Chris Bassist, Daniel Vogelback, Carlos Carrasco, and Taijuan Walker as potential departures at the end of the year. The only way to look back on this season with nostalgia is to win the World Series.