You are here
Home > STEM > Could COVID-19 Impact Personality Development? 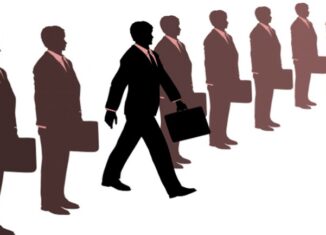 COVID-19 seems like a recurring headline, but new discoveries about its physiological effects are being made daily. We tend to characterize COVID-19 symptoms similar to those of a common cold, flu, with a possible addition of a loss of taste and smell. But, did you know that it could go on beyond that? According to studies, long-term psychological impacts could occur due to the COVID-19 pandemic, affecting how we act and communicate with one another. Today, I will describe exactly which age groups are targeted and what led to the making of this groundbreaking discovery.

As we age, people become more conscientious and less neurotic. This process is known as psychological maturation. In the United States, however, the pandemic is reversing this process, primarily among adults under the age of 30. Scientists are concerned because if this continues, it can lead to long-term trouble for this group of people. In life, “you get better…at being responsible, at coping with emotions and getting along with others,” according to psychologist Rodica Damian. Stunted development, however, is shown in these young adults.

Personalities are assessed based on five key factors: neuroticism, conscientiousness, agreeableness, extraversion and openness to experiences. Over time, these traits alter slightly. For example, agreeableness will improve while neuroticism decreases. This pandemic is altering these patterns. Researchers are witnessing a decade’s worth of personality change, but in the opposite direction. In order to draw such conclusions, personality psychologist Angelina Sutin analyzed data gathered from the Understanding America Study. This particular study looks at how attitudes and behaviors in the country change in response to major events, such as the pandemic. Roughly 7,000 people took a personality inventory at least once in the six years prior to the pandemic and once during the pandemic. She noticed that neuroticism dropped slightly in 2020, during the first year of the pandemic. The 2020 dip was driven by middle-aged participants and older adults mostly, but neuroticism scores among young adults in 2021 and beyond surpassed pre-pandemic levels.

You may ask how exactly this change in personality will change the future. Predicted long-term outcomes include links to mental health issues such as anxiety, depression, and feelings of loneliness with a higher neuroticism. Lower conscientiousness additionally can induce poor educational, work, health, and relationship outcomes. There is light at the end of the tunnel, though. Damian says that young adults might have “missed the train” during a critical development period in their lives, or they are just behind schedules and can reach their designated stop. The outcome cannot be definitively predicted. If the outcome comes out to be a negative one, though, I am confident that us humans can overcome such challenges. These past pandemic-filled years have shown our strength not only as a nation, but in the world as a whole.