You are here
Home > STEM > The Case Against iPhone 7 Hype 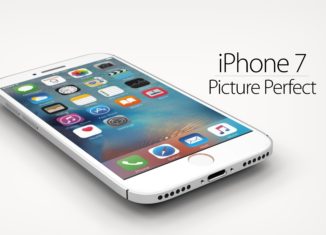 Is all the hype about the new iPhone 7 actually true? Is it really waterproof? Is the camera significantly better than its predecessor? It actually is not! For starters, Apple claims that the phone is water resistant, rather than using the term waterproof. Apple has rated their iPhone 7 as IP67 certified, which is similar to the original Apple Watch. This means that you can submerge the phone under water for up to 30 minutes and in less than 50 meters with no significant damage, but it is not a recommended practice. The reason for this is because Apple only used a special waterproofing glue to keep water from getting within the phone, but it’s likely that over time, the seal will break, and the seepage will damage your phone.

Some other new features of the new iPhone 7 include a brand new home button that is actually a stationary button (similar to the trackpads on the updated retina Macbook pros). It uses a Taptic Engine to produce the tactile feedback as if you were actually pushing a button. This new home button is now customizable, so you can adjust how rapidly it vibrates to your personal preference. This iPhone 7 is offered in two sizes and five different colors, including a new black (matte finish) and jet black (glossy finish), but again in silver, gold, and rose gold. The iPhone 7 has a brand new camera that can shoot 12MP images, shoot video in 4K with optical image stabilization, and take 7MP images from the front facing camera for better resolution selfies. Another feature of the camera exclusive to the iPhone 7 Plus is that it has a second 12MP camera with 2x the actual zoom and 10x digital zoom. This sets Apple’s iPhone as having the most top notch camera when compared to all other flagship phones.

Apple also made a big, and potentially risky, move with the new iPhone by removing the 3.5mm headphone jack and now including lightning EarPods and an adapter to use your old headphones. It is likely that consumers will lose or misplace this small adapter, and Apple is expecting more profits from the $9.00 replacement piece. While Apple believes that removing the jack helps improve other features of the phone and evolves the phone toward a wireless listening experience, it prompts the public into the possible high cost of purchasing wireless headphones. More changes to the new phone are a 25 percent brighter screen, a longer battery life, and stereo speakers.

At Apple’s September keynote, they announced two more new products. One product they introduced is called AirPods, which are truly wireless earbuds that connect wirelessly to your iPhone with one press of a button. These new earbuds charge in a special case that has a built in battery so you don’t always have to charge the case to charge your earbuds. The other product they released is the Apple Watch Series 2. New features of the watch include a built in GPS, a waterproof housing, and a 2X brighter display. With the new series of watches, Apple replaced the crazy expensive gold watches for a brand new ceramic design. They also partnered with Nike to release a new line of sport watches that include exclusive watch faces and bands for use solely with this model. As always, Apple also created much anticipation and excitement causing it to be almost impossible to obtain your own iPhone 7 Plus.