You are here
Home > STEM > PS5 vs. Xbox Series X: Is one Better Than the Other? 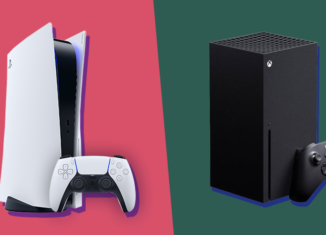 Two new next-generation consoles were released in early November just in time for the holidays: the Playstation 5 and the Xbox Series X. With advanced hardware, the latest games, and peak performance levels, both consoles have dramatically improved from their last generation launch. Since Sony’s Playstation and Microsoft’s Xbox are the leading consoles in the world, many people are comparing the two and deciding which device reigns supreme. Both consoles have been in high demand ever since their release day, making it almost impossible to find one in-store or on online markets. Everyone has their own opinions on the superior gaming device, but here are some differences between the two, which might influence you to buy one over the other.

Both the Xbox Series X and the PS5’s disk drive model is $500, however, PS5’s digital-only console is $400. Xbox also released the Xbox Series S, which is a smaller, cheaper model that runs for $300. The two are very similar in terms of power output, but the Series X does have a slightly faster CPU (central processing unit), a better GPU (graphics processing unit/video card), and a slightly larger storage capacity.

Nevertheless, many people can argue that Playstation has the more exciting game selection, which includes the new Spider-Man, Miles Morales, Godfall, and Demon’s Souls remake, only available on the PS5. Xbox Series X is somewhat at a disadvantage due to Halo Infinite, their main exclusive game, being delayed for release until 2021. Xbox also released their Game Pass Ultimate, which is a monthly subscription service that allows players to download more than 100 games on the Xbox models, PC, and even Android. Although Playstation introduced its PS Plus Collection, it’s not as comprehensive as Microsoft’s because it lets subscribers download only a few dozen classic PS4 games.

When comparing controllers, Sony’s new haptic feedback on the DualSense blows away the competition. It replaces the old jiggling and rumbling sensation with more complex functionality that simulates the feel of touching and interacting with the game world. It can also be modified precisely for different actions and weapons in games. It also includes a built-in mic and mute button. The Xbox controller has some subtle improvements, such as the upgraded D-pad, built-in Bluetooth, and a new share button in the center.

Choosing the superior console design from the two models is all down to personal preference. The PS5 offers an unconventional and asymmetrical design, which takes up a fairly large amount of space, while the Series X has a classic, bulky box design that is far from unique but mirrors the look of a more traditional gaming computer. Microsoft may have a slight power edge and has the value of the Game Pass. Sony has an awesome haptic controller and better exclusive games. There is no true winner between the two because everyone has their own opinions on what each device presents.  Both are great consoles and whichever you choose will not leave you disappointed.