You are here
Home > STEM > The Race to a Vaccine: An Update 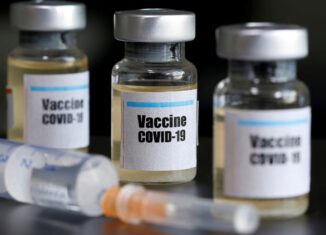 Throughout the past 8 months, companies all over the globe have been searching for a vaccine to combat the coronavirus. Over the course of this pandemic, major advancements have been made in the development of a vaccine. Some companies have reached the final phases of development, while others are just beginning. Many companies have even entirely restarted their projects. Nonetheless, each and every discovery made is vital to the creation of a coronavirus vaccine. The end goal of a trial is to receive FDA approval for large scale distribution of the vaccine. In order to gain this approval, companies must take their product through preclinical and clinical testing.

Preclinical testing: At the beginning of the development process, scientists test their new product on cells and then give it to animals to see if the immune system responds. Researchers are currently testing at least 87 preclinical vaccines on animals.

Clinical testing: Scientists are testing 50 vaccines in clinical trials on humans at the moment. In clinical testing, there are four phases. In order to reach one phase, a product must show satisfactory results in the previous testing.

One product in particular that appears to be showing promising results is that created by Moderna and the National Institutes of Health vaccine, based on messenger RNA (mRNA) to produce viral proteins in the body. This vaccine has reached phase 3 in clinical testing. The company revealed that they had finished recruiting all 30,000 participants for the study in October. Based on their trial protocol, they will wait until a significant number of volunteers become sick before seeing how many of them were vaccinated. Scientists are also going to observe whether any volunteers suffer any side effects. If adverse events occur, investigations will be held to determine if the vaccine was the cause or not. If Moderna’s trial produces results that meet FDA requirements, they could possibly apply for emergent authorization by the end of this year.

Another potential frontrunner in the race to a vaccine is CureVac’s mRNA vaccine. Working in Germany, the company announced on November 2nd that early studies with volunteers showed an encouraging response from their immune system. CureVac began their phase 2 study in September and plans on reaching phase 3 testing by the end of 2020. The chief executive of CureVac said that the company is hopeful to gain approval some time in 2021.

Vaccine production usually takes years before even reaching clinical trials. During these unprecedented times, scientists are putting extreme amounts of effort to be able to produce a safe and effective vaccine by next year. However, the promising results produced by many companies like Moderna and CureVac show that the light at the end of the tunnel is approaching.