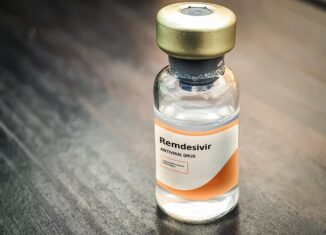 Throughout the year, finding a treatment for COVID-19 has seemed to be almost impossible; however, this month, a little-known antiviral medication called Remdesivir became the first drug to be approved by the U.S. Food and Drug Administration to treat the virus. The FDA issued an emergency use authorization for Remdesivir on May 1 in response to a study conducted in April. That study, which included more than 1,000 hospitalized patients with severe COVID-19, showed that patients who received Remdesivir instead of a placebo recovered 31 percent more quickly, allowing them to leave the hospital after about 11 days, instead of 15 days. Now, doctors nationwide may give Remdesivir to any patients who are hospitalized with severe COVID-19 rather than limiting the drug’s usage to those patients who are participating in clinical trials.

But what is Remdesivir? In scientific terms, Remdesivir is an investigational nucleotide prodrug of an adenosine analog. It binds to the viral RNA-dependent RNA polymerase, inhibiting viral replication through premature termination of RNA transcription. Put simply, the drug prevents the virus from producing a particular enzyme that is necessary for the virus to replicate itself. Once this happens, the virus is no longer able to spread throughout the body. Not only has research shown that Remdesivir is able to shorten the duration of patient hospital stays, but it has also been associated with fewer deaths among severely ill COVID-19 patients. It’s never been used to treat many conditions, but it’s been studied as a potential treatment for several diseases. Originally, it was created as a potential treatment for hepatitis. In 2014, it was studied as a possible treatment for the Ebola virus. Since then, its effectiveness against the coronavirus has been studied as the virus emerged.

The drug is given intravenously to hospitalized patients with severe COVID-19. Within the studies performed recently, patients received the drug for 10 days. Under the emergency use authorization, patients may be given Remdesivir treatments for either 5 or 10 days, depending on how severe their condition is. “We are continuing to evaluate the drug – but it shows promise, thus far,” said Dr. Sawczuk, a chief researcher at Hackensack University Medical Center in New Jersey. “When it comes to a new virus, we have to do everything we can to save patients.”

Looking into the future, clinicians hope that Remdesivir may eventually be manufactured in alternative forms, perhaps ones that could be inhaled or injected just under the skin or even as a pill. A pill could be given to patients outside of the hospital, perhaps as soon as they test positive. This is a major turning point for scientists and doctors around the world. Hopefully, sooner than later, Remdesivir can be administered to COVID-19 patients worldwide, preventing the spread of the disease as a whole and aiding in the end of this pandemic.