You are here
Home > STEM > The Birth of the Durable Camera 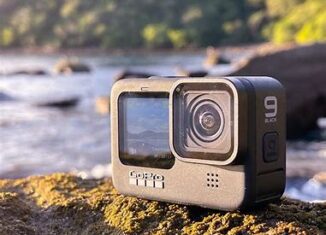 Most sports do not include a first person view and allow a viewer to feel as if they are really in the game or participating in that sport. Founded in 2002 by Nick Woodman, GoPro, the first of its kind, is an action camera specialized for ultra sports. These sports include skiing, surfing, parachuting, etc. GoPro has grown tremendously over the years and throughout those years they still produce cameras that can sustain the damage and roughness by these sports. GoPro is a futuristic invention that gives those not experiencing the action a chance to feel what it’s like in the first person perspective.

GoPro, once an action camera company, focused on building everything-proof cameras for action that smartphones and regular cameras cannot handle has now added media as a large part of their company and brand as a whole. The action camera company has moved to the media side of things as GoPro has reached over 10 million followers on social media and over 2 billion views of their action and ultra sports videos on social media. These videos consist of short action packed ultra sports as the riders or surfers do crazy stunts while we all see it from their perspective. GoPro is also not just limited to posting their own companies videos from employees. The company also posts videos from those around the world that also participate in these crazy action-packed stunts following his work, Woodman states “I think GoPro is producing some of the best short-form content out there today…There’s a phenomenal opportunity for us to leverage GoPro as a media brand.” Despite all the success, GoPro is still growing to take their entertainment to the next level.

Starting from nearly nothing and being called “crazy” for this action media company, GoPro has grown to be one of the largest camera companies in the world. The Hero 1 GoPro, first created in 2002 was sold for $79.99. Today, the latest version of the GoPro, or the Hero 10, is now sold for $429.00. The brand has grown so large that the prices have been multiplied by 5 over the past 20 years. Not only have sales drastically increased but GoPro has even introduced “GoPro” channels on streaming television networks. Virgin America, the airline, added a GoPro channel to the televisions on the flights that play on repeat for two and half hours of non-stop action up close and in the first-person. Not only is there a never endless action packed channel for GoPro content on airlines, but also on Xbox. Gopro signed a deal to have GoPro content on Xbox consoles, for those who play video games to take a peek at the sensational videos and content made by GoPro.

From the creation of the little cameras that can capture all the action from a first person view, GoPro has launched one of the fastest growing and largest companies in the world. In 2002, the GoPro was a new invention that no one ever saw coming and since then it has taken off. GoPro has fulfilled the expectations of fans across the globe and continues to keep them happy with the content they can create. Woodman and the GoPro team continue to produce new technology to meet the needs for those pursuing action and ultra sports to get high quality video.