You are here
Home > Sports > The End of an Era: William and Federer’s Step Back From Tennis 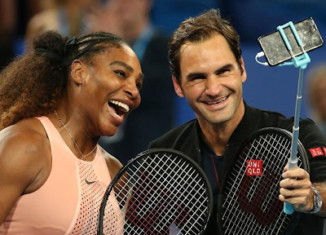 Within just a few weeks of each other, Serena Williams and Roger Federer said their final goodbyes to the tennis community. These two players are and will always be considered two of the best tennis players of all time. They both revolutionized the sport and redefined what was possible. They have certainly captivated the hearts of the public throughout their magnificent careers.

For almost thirty years, Williams brought a newfound sense of style, athleticism, and aggressiveness to women’s tennis on levels it had never seen before. In other words, she was virtually unbeatable. During Federer’s 24 year long career, he was most known for his chameleon-like ability to shift in how he beat his opponents. This is what made his play so bewitching to watch. In addition, Federer possessed a signature one-handed backhand that sliced with devastating precision and redefined the geometry of the game.

Williams had also come to represent something much more significant. She became the first African-American woman since Althea Gibson in 1958, to win a Grand Slam singles title. This helped to push tennis into the 21st century as it forced a predominantly white sport to come to grips with its faults. Therefore, Serena Williams defied the improbable and became an inspiration for many worldwide as a result of her achievements. Federer had changed many people’s opinions and perspectives on tennis through his quick smile, humility, and easy going demeanor. What was once considered a haughty sport was now more likable.

It will certainly feel odd as the tennis community will no longer include these two legends. As Serena had said, “It’s like it’s not real until you say it out loud. It comes up, I get an uncomfortable lump in my throat, and I start to cry.” She even called her decision an evolution after refusing to call it a retirement. For Federer, he had said, ““Tennis has treated me more generously than I ever would have dreamed, and now I must recognize when it is time to end my competitive career.” Serena Williams and Roger Federer will always be remembered for the transcendent effects that they had on tennis and will continue to be known as the greatest players of all time.