You are here
Home > STEM > Why Some People Are Mosquito Magnets 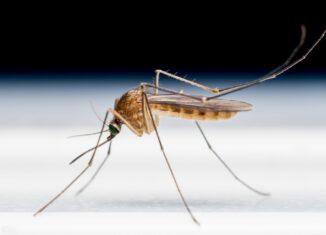 Infamously named the mosquito, this insect loves to hunt down humans by “tracking our CO2 exhalations, body heat, and body odor” (Rockefeller University). But, have you ever wondered why some people are better able to attract mosquitoes than others? The leading theory was due to individual odor variations connected to skin microbiota. To ensure this theory, Vosshal and Maria Elena De Obaldia set out to conduct research. They recently discovered that the skin may create “a heady perfume that mosquitoes can’t resist” due to fatty acids in the skin.

In a study, eight participants were asked to wear nylon stockings over their forearms for six hours a day for a total of three years. Over the next few years, they tested the nylons in all possible pairings and used a two-choice olfactometer assay. They placed Andes Aegypti mosquitoes in the chamber and observed the insects’ behavior. The most compelling participant was Subject 33; he was four times more attractive than the second most-attractive participant and one hundred times more appealing than the least attractive. The participants were skeptical of Subject 33, because the mosquitoes were highly attracted towards the sample.

To assess this further, the researchers sorted the participants into high and low attractors, and then performed tests to see what exactly differentiated them. They tested the molecular content in the sebum, which is the moisture barrier on the skin, of the high-attracting participants. After analysis, they discovered that the highly-attractive individuals produced carboxylic acids at significantly higher levels than the other volunteers. These acids are used to produce our unique human body odor.

Some subjects had continued on with the study for years to come, but nothing changed. “Many things could have changed about the subject or their behaviors over that time, but this was a very stable property of the person,” said De Obaldia (Rockefeller University).

One important thing to note is how exactly mosquitoes detect the odor produced by humans. Mosquitoes have two sets of odor receptors; Orco and IR receptors. Researchers wanted to see if the removal of one or both of these receptors would make them unable to spot humans. They got unexpected and unfortunate results; Orco mutants still remained attracted to humans, while IR mutants lost their attraction to humans to a degree, but were overall still able to spot humans. If mosquitoes lost that ability, that could’ve been applied to the production of a more effective insect repellent.

Based on studies, it is difficult to avoid being the number one meal on the menu for mosquitoes. However, one potential resolution is to manipulate our skin microbiomes. Slathering the skin of Subject 33 with a low-appeal person could provide a mosquito-masking effect. This hasn’t been tested, as it would be challenging, but it certainly has potential. Testing this in the future could lead to many new breakthroughs in scientific research. Possibly, researchers can be inspired to test other mosquito species, such as Anopheles which spreads malaria, to “figure out if this is a universal effect” (Rockefeller University).