You are here
Home > World News > The Israeli-Palestine Conflict Continues 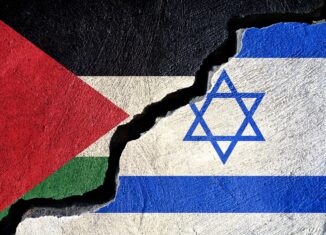 An outburst of anger that began a month ago in Jerusalem has resulted in some of the worst bloodshed in years between Israelis and Palestinians. Palestinian demonstrators and the Israeli police have been clashing on a regular basis in and around Jerusalem’s Old City, which is home to key religious sites revered to Jews, Christians, and Muslims. For the past 100 years, Jerusalem has been the site of violent clashes between Jews and Arabs, and it remains one of the world’s most hotly contested cities. The most recent incidents began a month ago when Israel moved to prevent some Palestinian gatherings before the start of the Muslim holy month of Ramadan, which is already fraught with religious tensions.

The conflict’s larger history began in 1948, when neighboring Arab countries declared war on Israel shortly after it gained independence. Since the escalation began on May 10, many Palestinians and Israelis have been murdered and thousands of people have been displaced from their homes. The conflict, which has been prompted by old and new disputes, threatens to exacerbate the region’s chaos.

But how has the United States responded to this huge conflict? When the US has been focused on Russia, China, and the coronavirus, a full-fledged conflict might compel it to refocus its attention on the Middle East. On Wednesday, President Biden, in his strongest call to end the violence since the current escalation began, said: “that he expected a significant de-escalation today on the path to a cease-fire.” During the current escalation, the two leaders have spoken multiple times, with President Biden expressing support for Israel’s right to defend itself against Hamas assaults, but also calling for civilian losses to be avoided. In short, the situation isn’t going to be sorted out any time soon despite the more recent cease-fire. Any future peace deal will need both sides to agree to resolve complex issues. Until that occurs, the conflict will go on.