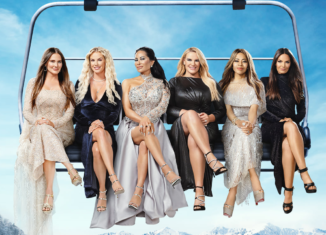 A unique part of this show, however, is the range of religious beliefs among the women, including practicing Mormons, Muslims, Christians, and Jews. For instance, the Mormon church has a history of discrimination and is extremely against alcohol, which is very interesting considering the number of parties the women attend and the fact that one Morman cast member owns an alcohol business. These questioning beliefs are brought up during the women’s’ conversations quite often. The women’s’ differing religious backgrounds and life stories help them to fit right into the “Housewives” entertainment world.

As some of the women say, perfection is a mandate in Utah. Although these women have history and very close bonds, it is only a matter of time before their different views collide. Only a few episodes have aired so far, but these conflicts have already been demonstrated. Within the first few minutes of the first episode, there had already been drama between some of the ladies, which is what keeps the viewers watching! The women on the show hold extremely high standards and do not hold back when they disagree with others. Although these women could become very fed up with each other, leading to major fights, they are always there for each other when it is needed most.

While the show has just begun, it has already been proven that these women are fit for the “Housewife” part! Quite often, it takes a “Real Housewives” series a few episodes or even a season for the women to form tight bonds and get to know each other very well, but this seems to have already occurred for “The Real Housewives of Salt Lake City.” Viewers can expect many more snow days, trips, and drama in the episodes to follow! If you are looking for a new reality show filled with drama and entertainment, then “The Real Housewives of Salt Lake City” is for you!