You are here
Home > Entertainment > Simone Biles at the 2021 Olympics 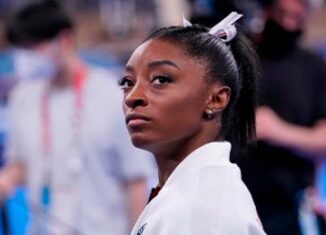 Simone Biles has always been in headlines for her astonishing accomplishments in gymnastics. However, this past Olympic season, Simone made headlines in a different way. Due to mental health challenges, Simone withdrew from the women’s team gymnastics final to protect her mind and body. While many were definitely confused at first, Simone’s bravery and strength shone through, and she remains an inspiration and role model for all.

Anyone who has mastered their flying talents in athletics has felt the terrifying sensation of being abruptly lost in air. It’s known as the twisties and that is what Biles experienced. In her routine, Biles launched herself into a vault that required two and a half twists of her torso while she was airborne. It didn’t work, as she later explained. Biles only managed one-and-a-half rotations and landed awkwardly during her Amanar vault in the first rotation of the team competition, drawing gasps from onlookers in the Ariake Gymnastics Centre. Biles, a four-time Olympic gold medalist, pulled out of the final after leaving the arena to see her trainer. When she returned to the arena, she remained on the sidelines to support her teammates, cheering and conversing with them after each performance. Biles finished her Tokyo Olympic journey with a silver medal in the team final and a bronze medal in the balance beam, putting her at a total of seven medals.

The public took Biles’ withdrawal from the world’s largest sporting event as an example of power and courage. This is especially relevant in light of the fact that so many gymnasts, including Biles, have been sexually victimized by former team doctor Larry Nasser. Biles made an impactful statement for young girls and other gymnasts who have also experienced a level of abuse from coaches and the USA Gymnastics. The message is that if something does not feel right, people can advocate for themselves and their needs and stand up for themselves in a way that makes them proud. Not only did Biles help others, but their support has also helped her.  Biles tweeted that “the outpouring [of] love and support I’ve received has made me realize I’m more than my accomplishments and gymnastics which I never truly believed before.” In an interview, Biles also stated that she has received messages from mental health activists, like Michael Phelps, Naomi Osaka, and Oprah Winfrey, and that she feels grateful and heard.

Simone Biles made a choice that revealed her true strength and power. While the Olympics didn’t end in the way she initially hoped for and expected, she became an even bigger inspiration and hero for so many people.