You are here
Home > Entertainment > The 2015 American Music Awards 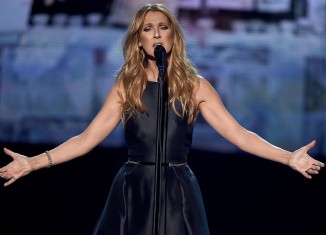 Live from the Microsoft Theater in Downtown LA came one of the most anticipated award shows of the year. The 2015 American Music Awards, otherwise known as the AMAs, took place on November 22nd, and were hosted by the multi-talented Jennifer Lopez. J.Lo, as she’s commonly called, opened up the show with an unforgettable act. She began by singing a bit of her song “Waiting For Tonight,” but soon asked the crowd if they wanted to dance. She then broke into an eight minute dance routine choreographed to a mix of the year’s hit songs such as: “Uptown Funk,” by Bruno Mars; “Anaconda,” by Nicki Minaj; “Trap Queen,” by Fetty Wap; and “Thinking Out Loud,” by Ed Sheeran. J. Lo’s opening performance definitely set high standards for the remainder of the show; it was definitely a hard act to follow and reminded J.Lo’s fans that she was a dancer before she rose to fame in any other arenas.

As the night progressed, 2015’s most popular artists took the stage. The performers included: 5 Seconds of Summer, Selena Gomez, Carrie Underwood, Demi Lovato, Ariana Grande, One Direction, Gwen Stefani, Nick Jonas, Walk the Moon, Coldplay, the Weeknd, Celine Dion, Pentatonix, and Justin Bieber. Also, many popular artists, such as Meghan Trainor and Charlie Puth, Luke Bryan and Karen Fairchild, Macklemore and Leon Bridges, and Demi Lovato and Alanis Morrissette, teamed up to perform powerful duets. The most notable acts were Meghan Trainor and Charlie Puth’s “Marvin Gaye,” because the two shocked the audience with a big kiss at the the end, Celine Dion’s touching tribute to Paris, and Justin Bieber’s finale performance of his three hit songs “Where Are U Now,” “What Do You Mean,” and “Sorry” because he not only sang, but also danced to a challenging routine in artificial rain created by the stage crew. A few other highlights of the night were when Alicia Silverstone and Jeremy Sisto, stars of the cult-classic Clueless, reunited on screen after 20 years, and a scene from the new Star Wars movie The Force Awakens was debuted.

As great as the performances were, the main focus of the night was the awards! There were many awards given out to deserving artists. The Weeknd had an especially good night as he won two awards, one for Best R&B Album and the other for Favorite Soul and R&B Male Artist. One Direction and Nicki Minaj also won two awards each. One Direction won Favorite Pop Rock Duo or Group for the third time and the highly anticipated award for Artist of the Year. Nicki Minaj won awards for Favorite Rap/ Hip Hop Artist and Favorite Rap/ Hip Hop Album. The award for New Artist of the Year, presented by Kohl’s, went to country singer Sam Hunt. These are just a few of the many awards given out on this monumental evening, proving that hard-working artists do not go unnoticed by their fans. Although this is clearly not a category, J.Lo should have got an award for being an excellent host because she made the show entertaining and fun, especially with her ten outfit changes. This year’s American Music Awards was a success, and everyone involved surely did bring their A(MA)-Game!