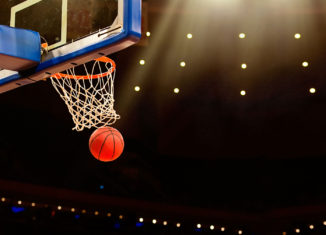 Will the Warriors win it all with Durant?

The Golden State Warriors shocked the entire NBA universe when they signed 7x All-Star and 4x scoring champion Kevin Durant to their already stacked roster. Already having unanimous MVP Stephen Curry, as well as Klay Thompson and Draymond Green, the Warriors are hoping to bring another championship back to the Bay Area for the second time in three years. It will be very interesting this year to see how Durant will fit in the Warriors system and if that can be a factor in another potential finals matchup between the Warriors and the Cleveland Cavaliers.

Who will be this year’s MVP?

Now that Kevin Durant is in Golden State, the question of who will win the Most Valuable Player award is now up in the air. Russell Westbrook has proven in the past what he can do by himself in Oklahoma City, averaging nearly a triple-double with 28 points per game. However, the award has not been given to anyone on a team that did not end up first or second in the conference since Michael Jordan in 1988. Although he might be able to put up enormous numbers, Westbrook most likely will need to carry his team, and then some, in order to qualify. Some players likely to be on top seeded teams are Kevin Durant, Stephen Curry, Kawhi Leonard, and Lebron James. If the Warriors once again this season finish with over 70 wins, it might be inevitable to give it to Durant or Curry. If Curry can win the award even with Durant on the team, he will be the first player to win the award in 3 consecutive seasons since Larry Bird in the 1980’s. Kawhi Leonard of the San Antonio Spurs is already a 2x Defensive Player of the Year, but his offensive numbers have increased consistently over the course of his career, averaging 22 points per game a year before. He also has a lights out three point shot, finishing 4th in the league in 3 point percentage at 44%. Leonard’s all around and still developing talent can easily bring him consideration as a winner. Let’s also not forget about Lebron James. Now that Lebron has won a title with the Cleveland Cavaliers, his main goal is to have a better legacy than Michael Jordan. The already 4x MVP can be looking to match Jordan’s five this year if he doesn’t feel that he needs to save his energy for the playoffs. This season’s MVP award will certainly be up for grabs this year.

Can the New York Knicks make the Playoffs?

The New York Knicks are looking to make it back to the postseason for the first time since 2013, with the additions of Derrick Rose, Courtney Lee, and Joakim Noah. With Derrick Rose, the Knicks finally get their point guard. Rose will not only be an intimidating sight to defenders, but his new role on the team will get Carmelo Anthony working more in off ball situations, a skill in which he definitely thrives. Courtney Lee will be playing shooting guard, adding much needed defense and three point shooting. When Lee got traded to the Hornets last season, he shot 39% from behind the arc and held opponents to under 35% from the field. Not only that, but he made some big shots in the playoffs, as well as upping his shot to 44%. If he can keep that high level of play going he will make a significant impact over what the Knicks had last year in Arron Afflalo. Joakim Noah at center will bring some interior defense next to Kristaps Porzingis. In 29 games last season, Noah averaged 4.3 points per game, 8.8 rebounds, and 1.0 blocks. He is also a very good passer for a big man, averaging almost 4 assists. When on the court, Noah’s presence should be felt. Despite high hopes, overall depth could play a huge problem for the Knicks this year. Derrick Rose and Joakim Noah have had their fair share of injuries in the past, so there’s no guarantee how long they will last. Another addition, Brandon Jennings, will be trying to prove once again that he is a great point guard. Other than Jennings,  the bench is very similar with guys like Lance Thomas and Kyle O’Quinn. On paper, the 2017 New York Knicks are better than what they were in 2016, but getting to the playoffs is still a big question.