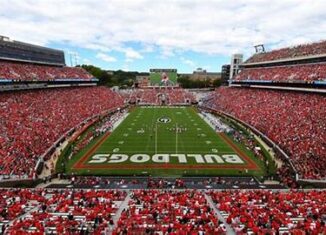 The introduction of NIL deals in college sports help light up the faces of athletes but also programs. Many athletes are money hungry in their early playing careers. These companies help prepare the athletes for what it will be like in the future and during professional sports. Pro athletes have a high likeness and a large image and companies want them to help promote their brand and this can help gain attention of the public. Many collegiate athletes at division one schools that do not have a large fanbase or liking transfer to larger schools because they get a better interest from larger companies and brands. For example, former Pitt wide receiver Jordan Addison and winner of the Biletnikoff struck a record 3.5 million dollar NIL deal with United Airlines. After coming off an outstanding 2021 season with Pitt, Addison looks to continue gaining popularity on the field while transitioning to the pros and off the field while gaining likeness with his new brand deals. Another example of an athlete using their popularity to gain interest from a large company is LSU and social media influencer, Olivia Dunne. Dunne who has over 5 million followers on Tik Tok, used her personality and presence on social media to attract large brands. Dunne signed a one million dollar NIL deal with the athletic clothing brand, Vouri. Both Addison and Dunne are amongst the thousands of other collegiate athletes that signed NIL deals allowing them to profit off their name without risking their eligibility within their sports.

The overall purpose of the NIL deals introduced a new viewing to collegiate athletics. The NIL deals allow these athletes to show their name and personal image to the world while promoting a company and being paid. The situation at hand is a win win for these athletes. The introduction of NIL deals is a great way to prepare these athletes for their career they pursue as they transition into professional sports.