You are here
Home > World News > CRISIS: THE UNITED STATES AND IRAN 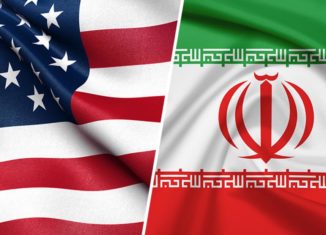 On January 3, 2020, the United States carried out a drone attack in Iraq that killed several Iranians and Iraqis, most notably Iranian Major General Qassem Soleimani.  Responsible for creating organizations in the anti-American insurgency in the Middle East, Soleimani directly contributed to the deaths of hundreds of American troops that were stationed in countries including Iraq, Syria, Yemen, and Afghanistan. Unlike previous U.S. targeted killings of terrorists and their supporters, the targeting of a high-level Iranian government official who was arguably the second most powerful person in Iran was an extraordinary escalation by the U.S.  Iran responded by launching missiles at an Iraqi base housing U.S. troops, but there were no casualties. The Trump Administration stated that there was an imminent threat that Soleimani posed, leaving the U.S. with no choice since, as President Trump stated, four embassies were being targeted by him. However, no U.S. government official has backed that statement, and the U.S. Secretary of Defense refused to do so on national television.

The Iranian-U.S. relationship has been a tense one for several decades for reasons including regime change, hostage-taking, and proxy war fights.  In recent years, Iran has provided financial and military support for terrorist organizations such as Hezbollah, who is responsible for attacks on Israel and other U.S. allies in the Middle East.  A major source of tension involved Iran’s development of uranium and nuclear testing. Despite its denials, Iran was racing towards becoming a nuclear power before it entered into an agreement with the United States and other powerful countries in 2015 – an agreement that gave Iran relief from crippling economic sanctions as long as it agreed to severe restrictions on its nuclear program. President Trump called the Iran Nuclear Deal horrible and pulled the U.S. out of it.  Iran responded by bombing oil tankers in international waters and oil fields in Saudi Arabia, downing a US military drone, and now launching attacks against U.S. troops in Iraq.

There are two schools of thought as to what will happen as a result of the killing of Soleimani.  Some experts believe that the U.S. has unnecessarily unleashed a Pandora’s box of problems for U.S. interests the region because Iran will retaliate harshly at some point; Soleimani, while being the key paramilitary leader in Iran, is replaceable, and by targeting a senior military official, Iran is open to respond by targeting U.S. government officials. Other experts believe that Iran has been escalating its violent behavior towards U.S. interests recently, and the killing of Soleimani would not change those hostile intentions that were already present prior to the killing.  Also, these experts believe it is possible that killing such a key Iranian leader will make Iran think twice about taking larger-scale actions, such as closing down the critical Strait of Hormuz or attacking the U.S. Embassy in Baghdad.

One terrible, apparently unintended result of the U.S. attack and Iranian response was when the Iranian military, on full alert after the U.S. attack, accidentally shot down a commercial airplane heading to Ukraine, killing all 178 persons aboard.  This has caused Iranian citizens to take to the streets to protest. The killing of Soleimani has brought about an extremely tense time in the Middle East – a place that unfortunately has been the world’s most volatile region for several decades.