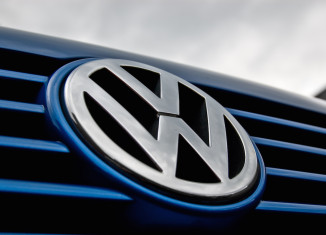 A team of researchers from West Virginia University uncovered Volkswagen’s diesel emissions scandal, presenting evidence that the conglomerate cheated EPA testing for several years, and as a result, the company is facing billions in penalties with possible criminal charges.

The leader of the research team, Daniel Carder, was funded $50,000 by the International Council on Clean Transportation (ICCT) to investigate the claims Volkswagen made for their diesel TDI models. By installing a defeat device, Volkswagen provided the vehicles with operating software that would detect testing protocol and lessen the output numbers of their emission by ten to forty times.

Since the evidence was confirmed, Volkswagen has been under severe outrage from its customers from several countries for violating a variety of laws dealing with anything from consumer health to environmental regulations. Since the estimated damages are applicable to well over eleven million vehicles, fines could total $18 billion alone for cars in the U.S. that  Volkswagen is responsible to fix.

The manufacturer has already agreed to pay $83.4 billion in civil penalties for their “defeat devices.” While the company has halted the sale of all of their TDI vehicles, the investigation is ongoing. As a result, Volkswagen fired their CEO Martin Winterkorn this past September. The significance of the scandal lies within the sales of the Volkswagen vehicles. Since the numbers for the power output of the diesel models were so high, the emissions output digits were low. TDIs were extremely appealing to customers, so they sold quickly all over the world. With falsified specifications that pleased vehicle buyers, the vehicles were found to have cheat systems that were sold as early as 2009. While the problem of money and compensation exists, the true problem deals with the pollution and damages the cars have done since their production.

Diesels, unlike conventional gas combustion vehicles, release nitrogen oxides, and since Volkswagen’s sales of the series were so great, so are the expected environmental damages.

Nitrogen oxides cause smog and are linked to health problems, such as asthma and other respiratory illnesses, that can lead to serious hospitalization and premature death. “The first thing you do is beat yourself up and say, ‘Did we not do something right?’ You always blame yourself,” says Carder, the 45-year old leading engineer of the research team. Since the scandal unfolded, automotive organizations are panicking at the idea of other companies having done the same for other tests.

As a result of the international scandal, environmentalists worry the bad reputation will steer people away from other diesel vehicles and hinder diesel research. Unlike Volkswagen’s Passat and Jetta models, BMWs X5 diesel models performed extremely well in the same emissions tests performed by the research team responsible for the scandal. From the uncovering of the news, Volkswagen’s stock prices have severely plummeted, production of the vehicles has halted, and the main administration of the company is struggling to grip the possible criminal charges they could potentially be facing.