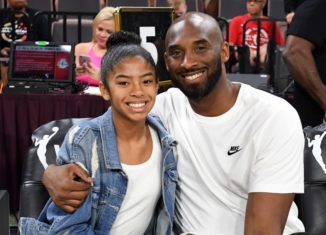 On Sunday, January 26th, the world received the devastating news that former NBA star Kobe Bryant and his 13-year-old daughter Gianna, along with seven other people, died in a tragic helicopter accident in Southern California. While he was a legend on the court, Kobe was so much more than that: a father, a husband, a mentor, and a legacy.

A hard worker in everything he did, Kobe still had so much to give in his life after basketball. Kobe attended Lower Merion High School in Pennsylvania, where he was recognized as the top basketball player in the country. Kobe’s father, Joe, had also been in the NBA, and from a young age, it was obvious that his son would follow in his footsteps. Kobe entered the NBA straight from high school where he spent his entire 20-year career with the Los Angeles Lakers. While there, he was able to win five NBA championships. At 34 years and 104 days of age, Kobe became the youngest player in league history to reach 30,000 career points. Kobe was an 18-time all-star, a 15-time member of the All NBA team, a 12-time defensive all-team, and the MVP winner in 2008. He also led Team USA in both the 2008 and 2012 Olympics to the coveted gold medal. Every time Kobe stepped foot on the court, fans and other players knew they were about to witness something spectacular.

Off the court, Kobe was a great father, a husband, a friend, and a mentor. He was married to Vanessa Bryant for almost 20 years, and the couple had four children together. Kobe’s famous “Mamba Mentality” became a mantra for many as his theory promoted intense focus and relentless dedication in all aspects of one’s life. As Kobe himself said, “Mamba Mentality means to be able to constantly try to be the best version of yourself.” And Kobe certainly did that. He left his mark on so many people and represented what it truly means to work hard to achieve success in all facets of life. Kobe Bryant’s legacy will continue to live on in not only his family but also in the lives of all those he’s inspired along the way. The entire sports world, including Mike Trout, Shaq O’Neal, Trae Young, Doc Rivers, and Jay Williams, just to name a few, have expressed their shock and sorrow over Kobe’s untimely passing.

Still fresh on everyone’s minds, the tributes to Kobe were plentiful last night. Soccer star Neymar held up a 24 after scoring a goal, paying tribute to Kobe’s number, basketball teams across the country intentionally fouled to give the number 24 a chance to shine on game clocks, last night’s Grammy Awards were dedicated to Kobe, and the Empire State Building radiated in Lakers’ purple and yellow. This is truly heartbreaking news, and all we can do as fans is pray that he and his daughter, along with the others on that helicopter, rest peacefully and that their families find some way to move forward from this terrible tragedy.